One Canadian business owner is paying the price for his employee’s bad move. Should HR be keeping track of employee driving records? 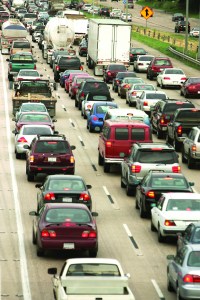 Emp
loyees are often trusted with expensive and necessary work equipment, but a small mistake on their part could have heavy costs for an organization.

One Saskatoon business owner has learned that the hard way after his vehicle was impounded when an employee was caught using a mobile phone while driving.

An employee of K3 Excavating was caught for the second time driving while using his phone. This time, he was driving a work truck and the vehicle was impounded for seven days.

Owner Kevin Boychuk told CBC he's the victim of a technicality and it's costing him at least $800 per day, plus hundreds of dollars in towing and impound fees.

Regardless of who owns the vehicle, if the driver commits an offence, is suspended or disqualified from driving the vehicle can be impounded.

"It just didn't make any sense that the company who did not commit the traffic offence, nor did any of the owners of the company commit the traffic offence, that we were being punished quite severely," Boychuk said. "Our company certainly supports the law but a change to the regulations [is needed] to help businesses to get their earning equipment back."

Boychuk said he doesn't think it's a deterrent to punish a company when it already has policies and procedures in place.

However, Saskatchewan Government Insurance vice president Earl Cameron said employers can make sure there is Bluetooth or hands free technology installed to ensure workers don't have to pick up the phone.

"I'm sympathetic to owners, but there's also a responsibility on owners to make sure their drivers have good driving records," he said. "When you hire someone, you check that out — especially a commercial driver."