Empathy power allows leaders to connect with people's emotions. Here's how they can implement it effectively 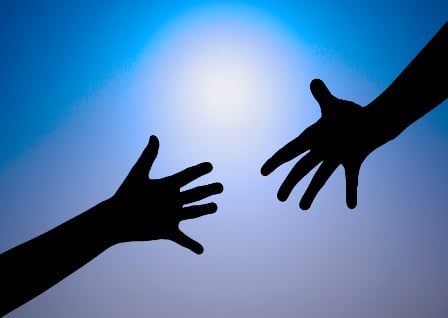 In
December 2014, the Indonesia AirAsia Flight 8501 crashed en route to Singapore, killing all 155 passengers and seven crew on board.

The founder and chief executive Tony Fernandes quickly responded by travelling to be with the bereaved families.

Moreover, he communicated through Twitter to brief the media and the airline’s large, multinational customer base.

Indeed, in that deeply traumatic period, he used social media to connect really compassionately with everybody, said Yamini Naidu, director of Yamini Naidu Consulting and author of the new book, Power Play.

“For a CEO to have such a public and deeply empathetic response at such as traumatic time, I think was one of the things that made a big difference in a very difficult context," she said.

For Naidu, the challenge of effective leadership involves “head, heart and hand”.

“By that I mean, head is the data (the logos) – so you have got to have clarity around what the logic and the data is,” she said.

“And hand is: how do we create a mandate for change? So I think empathy empowers us to do the heart and the hand.”

Naidu explained that empathy power is really about understanding and caring about other people, but also demonstrating that and doing it appropriately.

What can get in the way of that is projection bias, she added.

“We quite often think other people think just like us and that can create a distortion in our empathic response,” Naidu said.

Naidu said empathy power and story power are wonderful tools for leaders as long as they are used with integrity.

“I think because of the quite transparent age we live in there is a real mandate for leaders to use these tools and use them with integrity,” she said.

“I think integrity is understood as being a key in leadership, but as we can see in the fallout in some leadership and political institutions, it can sometimes be a challenging concept.”