A scam in South Africa is taking advantage of employers by exploiting the fear and ignorance surrounding Ebola. 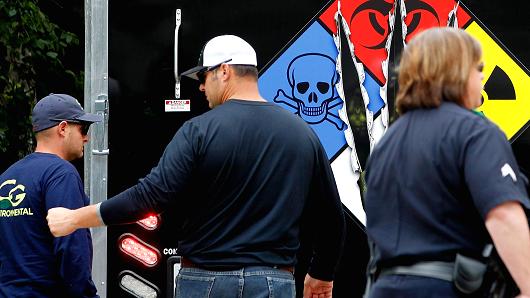 Sca
mmers in South Africa are taking advantage of the fear and ignorance surrounding Ebola, with at least one group attempting to con an employer into paying for the funeral of a domestic worker – who later turned up to work alive and well.

John Cartwright, a resident of the coastal town of Muizenberg in Cape Town, said he was distressed to receive a phone call last week from the ‘cousin’ of his domestic worker.

The caller said Cartwright’s employee had vomited blood and passed away, alluding to the symptoms of Ebola.

“The person kept calling back and asking if I could help with airtime (pre-paid phone credit) and asked for R3000 (AU$310) for funeral expenses,” Cartwright told the Independent Online.

“I should have seen warning lights right at the beginning, but it was very shocking because we all know this young woman very well and were very fond of her. I said, ‘I can’t put up money for the funeral, but I’ll buy you some airtime’.”

Cartwright bought the phone credit and send it to the caller’s mobile phone.

Shortly afterwards, however, his domestic worker turned up for work, “perfectly fit and utterly taken aback”.

When the caller phoned again to thank Cartwright for the airtime, he said his employee had shown up for work – prompting her ‘cousin’ to immediately hang up.

The scam was convincing because the criminals seemed to know details about his domestic worker, he said.

Although the word Ebola was not specifically mentioned during his conversations, Cartwright believes the scammers are preying of people’s fears of the health crisis to make a quick buck.

“They know there’s a great deal of anxiety about Ebola, and a great deal of ignorance. They see a gap and are pushing that button of fear and feeling of responsibility towards one another,” he said.