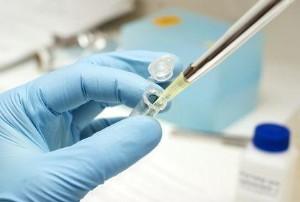 A F
lorida District Court has ruled that drug testing policies violate the fourth amendment when public employers are implementing them universally.

In December 2012, Karen Voss applied for a position as the City of Key West’s solid waste coordinator – an office job that involves developing and marketing recycling programs for the region. She got the job, but was then subject to a drug test and asked to submit a urine sample for the test. She declined – and when somebody else was given the job, she sued.

“When I was told I would have to give the City a sample of my bodily fluids as an applicant for a job encouraging people to recycle, it felt dirty – like the City was assuming I had done something wrong,” said Voss, who argued that the drug testing policy was unconstitutional for somebody in her position.

Now, the court agrees. Because the City of Key West is a public employer, it held, any universally applied drug testing policy would violate a candidate’s fourth amendment rights. Of course, the fourth amendment relates to Americans’ right to not to be subject to “unreasonable” searches and seizures.

As such, the court ruled, unless there was a “special need” for a drug test, such as in the case of a “safety-sensitive position”, the test was unreasonably invasive.

“The government can’t compel people to submit their bodily fluids for government inspection as a condition of holding or applying for a job unless there is a safety reason or actual suspicion of drug use,” commented lead attorney Shalini Goel Agarwal of the American Civil Liberties Union.

While this ruling currently applies only to public employers, it’s a warning sign for private employers of the judiciary’s attitude toward drug testing – particularly in regards to marijuana.

“So in California, even though it (marijuana) is not legal there, the law's been sympathetic,” he said. “You're starting to see more of that, and there are discussions in Colorado [about] the ability to not use marijuana as a determination of hiring someone. Take that combined with the EEOC, which wants you to be more open to individual cases, so you have a lot of things coming into play which are starting to change how you look at marijuana usage.”