What sounds like school-yard gossip could actually have much harsher consequences, warns one government body 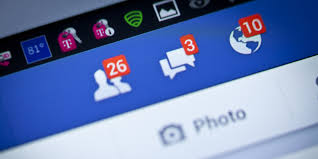 >What sounds like school-yard gossip could actually have much harsher consequences, warns one government body.

Lisa Bird and Rachael Roberts were both employees at Tasmanian real estate agency The View.

According to legal documents, the employees’ initial dispute was over who was to blame for a lost sale.

Following the disagreement, Bird stopped greeting Roberts in the morning and removed her as a friend on Facebook.

Commissioner Nicole Wells ruled that Bird had behaved unreasonably, and showed a “lack of emotional maturity”.

Roberts had allegedly complained to her boss, James Bird – the husband of Lisa Bird – that her properties were not being fairly represented in the agency’s window.

In response, Mrs Bird called a meeting with Roberts, where she was said to have accused her co-workers of being a “naughty little schoolgirl running to the teacher”.

After the meeting – which Roberts left visibly upset – Roberts logged into Facebook to check whether Bird had made any comments on the social media platform about the circumstances.

It was then that Roberts discovered Bird had deleted her as a friend.

“Mrs Bird took the first opportunity to draw a line under the relationship with Ms Roberts,” Wells ruled.

“She removed her as a friend on Facebook as she did not like Ms Roberts and would prefer not to have to deal with her.”

Wells found that this was evidence of “a lack of emotional maturity and is indicative of unreasonable behaviour”.

She added that Bird’s reference to Roberts as a “schoolgirl” was “provocative and disobliging”.

Following the incident, Roberts was diagnosed with depression and anxiety, and deemed medically unfit to return to work until the dispute had been resolved.

Wells found that this showed Bird’s behaviour posed a risk to Roberts’ health and safety.

Her decision rejected the employer’s argument that an anti-bullying policy and manual had been written since the incidents had occurred, and that this meant there was no risk of bullying occurring in the future.

Roberts and The View are due to meet in order to discuss the nature of the anti-bullying order to be made.

The claim was brought under the bullying provisions of the Fair Work Act, which allow the FWC to make orders to ‘stop bullying at work’, but do not allow the tribunal to award compensation.

Alan McDonald, managing director at McDonald Murholme, told HRM that Tasmania takes the lead when it comes to protecting employees in the workplace.

“The decision of Deputy President Wells demonstrates leadership in helping Australia become a 21st century employer in expectation of the new Turnbull Government,” he said.

McDonald also emphasised that all employers should be wary of mistreating employees simply because they have the power to do so.

“Employees must obey the lawful commands of employers but as Deputy President Wells makes clear, that is not to lead an employee to be abusive or insulting,” he said.