Does a ‘gender partition’ exist in your workplace? 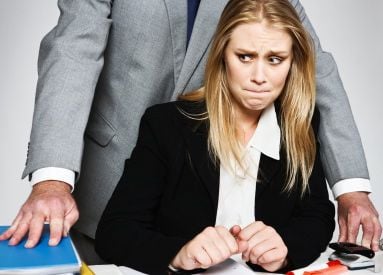 an style="line-height: 20.8px;">An academic has claimed that male executives are avoiding offering their female colleagues help for fear of facing sexual harassment allegations. In her new book, Sex and the Office, US research scholar Kim Elsesser said that women are missing out because their more senior male colleagues are reluctant to mentor them in case their actions are misinterpreted. Elsesser claimed that this “sex partition” prevents women from reaching senior corporate positions, with male bosses even fearful of holding one-to-one meetings with women in more junior roles. “They’re afraid that an offhand remark will be misinterpreted as sexual harassment or that their friendliness will be mistaken for romantic interest,” the book’s description states. According to Elsesser, women are consequently missing out on some of the networking opportunities enjoyed by their male counterparts. She said that attempted to increase awareness of sexual harassment over the last two decades have left male workers fearing they could be accused of harassing women, so befriend only other men in their workplace. In the book, Elsesser gives an example of a male entry-level employee who discovers a common interest with a male senior manager, and as such forms a bond which leads to the manager sharing advice that helps the male worker get ahead in the company. She suggests that had the entry-level employee been female, she would have been less likely to discover the shared interest and less likely to meet up outside of work to discuss it, causing her to miss out on the informal mentoring relationship. “In order to avoid any suggestion of workplace romance or sexual harassment, opposite-sex co-workers are shying away from non-essential interactions, creating a barrier between men and women at work,” she wrote. “These barriers between sexes that get in the way of developing cross-sex friendships make up what I call the sex partition.” Elsesser suggested that training on sexual harassment awareness should also look at what is not sexual harassment, and that firms should actively seek to bring both sexes together to break down the “sex partition”. She also suggested scrapping women-only networking events, having psychologists help lawyers to draft employee guidelines and introducing long lunch tables in workplace canteens. She also advised companies to be more open about office romances.