Did we employ a racist manager? McDonald’s seeks out truth 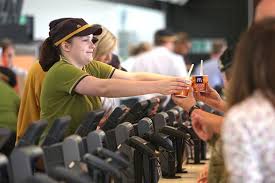 an style="line-height: 20.7999992370605px;">McDonald’s has been forced to launch a ‘full investigation’ after claims racism had become a part of the management culture of one restaurant.   The Daily Mail reports that UK McDonald’s employee Divine Tenn was told by her boss that she would not be getting any extra shifts because she was black.   The 18 year old was employed at a West Midlands branch of the restaurant chain on a zero hours contract, and had signed up for some extra shifts.   Her boss - Jaskaran Singh Khela - told Tenn ‘instructions had been handed down’ that no extra work was to be given to any of the store’s 20 black workers.   At the time, Divine was told the reason for the management decision was that black workers were said to be ‘underperforming’ at the store.   McDonald’s has been forced to launch a full investigation of the claims, with a spokesperson telling the Daily Mail it took the incident ‘extremely seriously’.   “The employee concerned no longer works for the company and support is in place for the members of staff affected by the incident,” the spokesperson said.   “McDonald’s is an inclusive employer and any incidences of discrimination against our employees will not be tolerated.”   Tenn resigned from McDonald’s following the incident, telling the Daily Mail she was “horrified” and “absolutely disgusted” by the incident.   “I am absolutely disgusted that a company so big and who I have worked for for over a year could treat me like this,” she said in an interview.   Tenn was also reported to be shocked that racism still exists in this day and age. Though she reported the incident, McDonald’s is yet to contact her.   Tenn was on a zero hours contract, which she told the Daily Mail meant she had no rights in her negotiations with the global restaurant chain.