International law firm Dentons is offering a series of tips on the most effective way to hire workers from other countries. 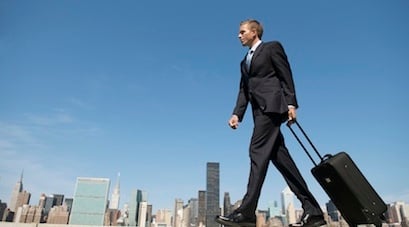 Fir
st off, employment agreements are crucial not only to help clarify tasks, but to delineate compensation both during employment and in the case of termination. This is particularly important in cross-cultural situations given varying policies – Dentons offers the example of at-will termination in the United States, in which no severance or other compensation is required. In contrast, Canada and the European Union require employers to provide reasonable notice, severance or another form of compensation.

Statutory requirements must also be strictly spelled out. Since legislation on issues such as leaves of absence, minimum wage and vacation entitlements varies greatly from country to country, it is wise to make sure everyone agrees on the terms before employment contracts are signed.

Jurisdictional issues may be complicated with cross-border employment. It is an employer’s responsibility to make sure that their employees are covered by applicable local laws properly referenced by employment agreements and policies.

Finally, linguistic concerns can be a major sticking point here. Remember that certain jurisdictions such as Poland and France require employment agreements to be written in the local language.

Act now before signing any contracts. Sensitivity to cross-border issues now can save you plenty of trouble down the line.

You Might Also Like…
News: Fired firefighter sues for huge settlement
Blackberry vs. Apple: whose HR team won in court?
When can a restrictive termination clause stand up in court?