Dealing with a “too nice” boss

Toxic bosses make for great work stories and bad workplaces, but a manager who is too nice can be just as bad for your career. How can HR work with a too kind manager? 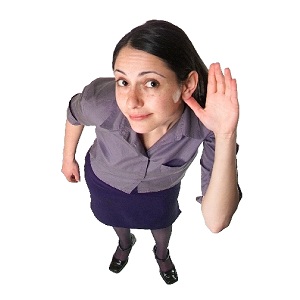 Lea
ders should be good listeners, collaborators and willing to accept new ideas and feedback, but sometimes managers cross the line into being just a little too friendly. Managers who are so set on avoiding conflict that they don’t give feedback and give in too easily are bad for  the organization, and the individual under them.

Working for a manager who is conflict-averse can have deleterious effects on your performance and your career, according to Harvard Business School professor Linda Hill.

A too nice boss won’t give constructive criticism and are unlikely to challenge individuals to do better or be more creative, which holds back their development. If you want to excel in your career, it’s important to find a manager who is both supportive, and willing to help you improve your own skills and abilities.

“My first HR job more than 10 years ago was under a woman who wanted to be friends with her team. I loved working there, but looking back I didn’t get the information I needed to improve,” HR manager Christine told HRM. “Especially in a first job, that feedback is so important because you don’t really know what you’re doing and it’s impossible to get better at your job if you don’t know where you’re going wrong.”

It’s not easy to change a “too nice” boss into a “just right” boss, but it is possible. Hill suggests directly addressing the issue, and couching it in terms of what the organization needs. Saying “To meet this deadline we need more resources. Is there a way you can get that for us?” or asking directly for personal feedback could encourage the boss to take action.

“You may want to describe actual events and how you handled them and then ask for advice on how you could’ve handled it differently,” Hill said.

She also suggested explaining the risks of being too nice. Illustrating what could go wrong if he or she does not address underperforming or ask for more resources could be the motivation needed for change.

“People change but not unless they’re dissatisfied with their own behavior,” Hill said. “My experience with leaders like this is that they don’t know they’re behaving that way.”

Christine’s situation did not change until she was moved to a new department within the same organization, but she heard from former colleagues that her too-nice boss improved after taking part in company-wide training on performance management.

“Proof that those training programs work, which is good to hear since the company still sends people on them every year,” she said.