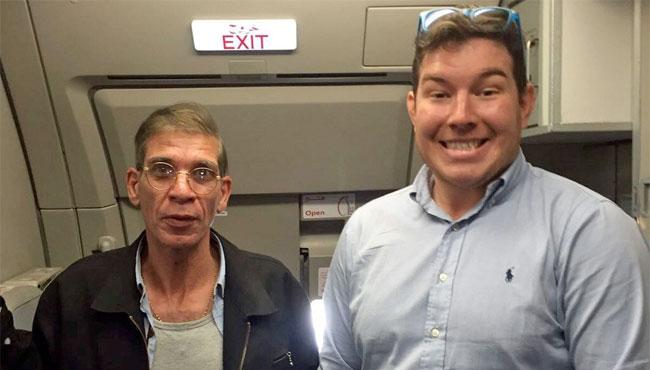 We&
rsquo;ve all seen the unbelievable image of British hostage Ben Innes grinning beside the EgyptAir hijacker who recently terrorized passengers on board a Cairo-bound flight – but could the 26-year-old’s actions have landed him in hot water with his employer?

Ironically, Innes works as a health and safety auditor and was travelling home from a work trip when the event took place. Sadly, while the internet may have been blown away by his bravado, his employers aren’t quite as impressed.

Oil and waste management specialists TWMA confirmed it would be having “discussions” with Innes when he returned to the office.

It’s reported that the company is keen to understand just why Innes felt compelled to take the death defying photo but the Aberdeen-based employee has already explained his reasoning to a UK newspaper.

“I’m not sure why I did it, I just threw caution to the wind while trying to stay cheerful in the face of adversity,” he told the Sun. “I figured if his bomb was real I’d nothing to lose anyway, so took a chance to get a closer look at it.”

Keen to take the snap, Innes went on to explain how he conquered the language barrier between himself and hijacker Seif Eldin Mustafa.

“I got one of the cabin crew to translate for me and asked him if I could do a selfie with him. He just shrugged OK, so I stood by him and smiled for the camera while a stewardess did the snap. It has to be the best selfie ever.”