Cooperation vs individual work: A battle of the sexes?

New research points to preferences surrounding cooperative work and competitive individual work might be based primarily around gender. 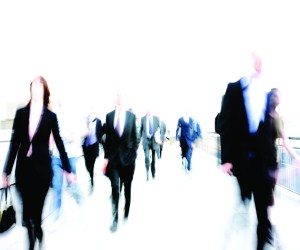 Wom
en in the workplace are more inclined to work co-operatively than men, a new study from Massachusetts’ National Bureau of Economic Research (NBER) has found.

The avoidance of competition by women is attributed to a dislike for it, as well as lower confidence in their abilities. It is theorized that this may be an explanation for the women’s underrepresentation in both the corporate and political spheres.

“If indeed women’s talents are sometimes wasted because they avoid competitive environments, it seems important to know which types of work environments do attract women,” said.

It was found that, even though choosing individually resulted in a chance for higher pay (not relying on the unknown team member’s productivity), more women chose the team-based work, whereas more men gravitated towards working independently.

“Statistically, this gap is entirely explained by a gender gap in overconfidence, as men are more pessimistic than women about the ability of their potential teammate,” the report stated.

With men more confident in their own abilities, they are more likely to attempt to enter higher positions in the workforce, with many women seemingly held back by their fear and trepidation regarding their own skills.

However, the solution may not lie in addressing women’s attitude towards competitive work. Instead, the paper suggests that organizations may wish to look at developing a more team-based instead of “tournament-based” corporate culture where possible, replacing praise and reward for individual exploits with incentives based on team performance.

What do you think of the study? Does it match your experience and observations?