A white lab coat does not a doctor make, and this time, it’s HR that’s taking the blame. 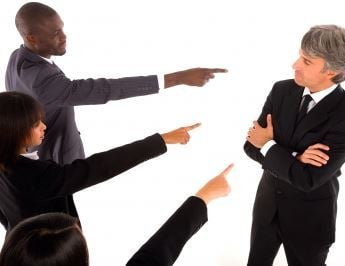 an style="line-height: 20.7999992370605px;">The HR team of Canada’s largest drug and alcohol treatment organisation are being held responsible for the organisation’s use of unlicensed doctors.   Addiction Canada has commenced an internal review using a third party after accusations employees were passing themselves off as licensed doctors.   The review is targeting the company’s human resources department, which a spokesperson has squarely fingered with responsibility for the problem..   Company spokesman Brian Abela told the National Post he stood behind the “quality of staff at Addiction Canada” and they continued to “save lives”.   However, he was not as complimentary of HR, which he blamed for the problems despite the fact the review has not yet been carried out.   Abela said the HR department may not have properly screened some employees to ensure that they had the requisite licence to practise.   He said that someone who does not have a licence can still be extremely well-credentialed, implying HR may have missed the licence detail.   The National Post reports police served search warrants on Wednesday at several locations connected to Addiction Canada’s operations.   The action follows two employees being charged by Ontario Provincial Police last month with personation and fraud and false use of the title ‘doctor’.   The employees investigated allegedly identified themselves as doctors when they were not actually licensed to practice medicine in the province.   Addiction Canada’s web presence includes the claim that patients, who are drug and alcohol addicts, are cared for by fully licenced professionals.   Addiction Canada’s head office is located in Aurora, Ontario.