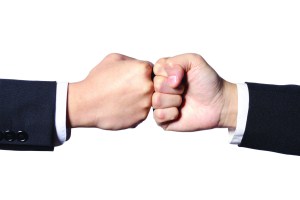 A H
R department in the Chicago suburb of Naperville is facing very public accusations of bullying and discrimination. Lawyers have been sent in to investigate complaints of a former employee, assistant legal director Jill Wilger, who alleged discrimination after she resigned on May 2.

Wilger, who worked for eight years in HR at the Naperville local government, claims two male supervisors discouraged women from seeking promotions and engaged in “disgusting commentary about women”.
"Over these past eight years, I have tolerated a string of appalling excuses for HR leadership," Wilger wrote in a parting memo, which was three pages long, and raised alarm bells of “derogatory, degrading, demeaning and sometimes discriminatory behavior.”

Some officials have pointed out that the alleged atmosphere of sexual harassment occurred under a department that was, until April, led by a woman. Margo Ely was Naperville’s director of legal, HR and risk management – and councilor Joseph McElroy told Naperville’s Daily Herald that it was hard to believe Ely would have tolerated such behavior in her department.

Investigations are expected to close in about a fortnight, and will cost the city about $5,000, according to the Daily Herald.