CEO calls for a cut to university enrolment

Is bias against blue-collar jobs and an excess of uni grads making it hard to hire in certain industries? 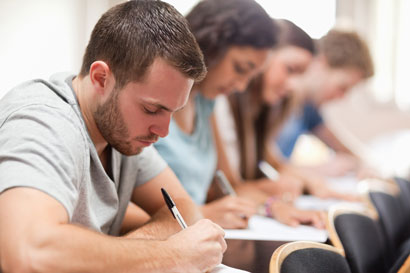 Can
ada’s economy would be better off if we rallied support for the polytechnic college system and let 30 per cent less students into university – at least that’s what one professor is claiming in a new report.

Commissioned by the Canadian Council for Chief Executives, the report looks at the imbalances in our country’s education system and concludes that neither employers nor prospective employees are well served by the current status quo.

"Young adults and families should lessen their preoccupation with a university education and be far more open to the opportunities provided by colleges and polytechnic institutes,” advises Ken Coates, the study’s author.

Coates, a professor at the School of Public Policy at the University of Saskatchewan, says there is a surplus of university graduates that the Canadian economy simply has so use for – and it’s making it harder for HR to hire properly trained people in certain industries.

According to Coates, short-term thinking by schools and policy-makers as well as an unfair bias against "blue collar" jobs by families and young people has led to the current glut.

"Parents, it seems, do not particularly want their children to be plumbers or radiation therapists, and continue to be optimistic — overly so — about the economic prospects for university graduates in general," he says.

Now, Coates is commending Canada’s polytechnics system, which he says does an excellent job of matching training with real-world employment needs and connecting young job seekers with potential new employers.

Coates insists if the government – and the Canadian population – placed a greater level of importance on polytechnics then employers and job seekers would almost certainly see an improvement.