CBC accused of ‘looking the other way’ over workplace harassment

CBC say they didn’t know anything about Ghomeshi’s out-of-work indiscretions but one ex-producer is saying he publicly preyed on her in the workplace – and management chose to ignore it. 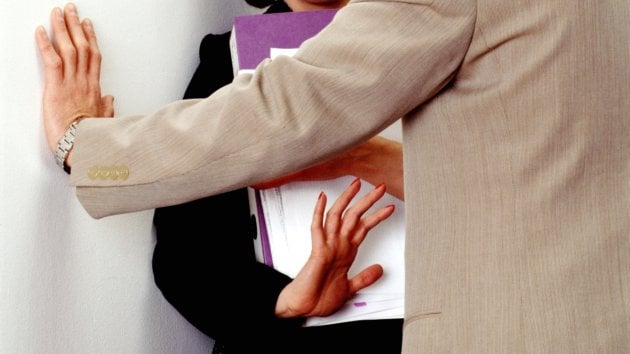 Sin
ce the Jian Ghomeshi scandal broke, CBC execs have insisted they knew nothing of the star’s nefarious behaviour but now one ex-producer is publically disputing those claims, saying Ghomeshi preyed on her in the workplace and management refused to acknowledge it.

Kathryn Borel came forward Tuesday to refute CBC’s claims that they did nothing wrong while Ghomeshi was under their employment. According to Borel, CBC managers simply “looked the other way” when she complained about his abuse but, more than that, she claims they had seen his actions first hand as Ghomeshi openly victimized her in front of co-workers, for years.

Borel says the abuse began early into her career with CBC; “A few months into my job in 2007, I let out a big yawn at a staff meeting and [Ghomeshi] told me “I want to hate fuck you, to wake you up.”’

“He once grabbed my waist from behind – in front of our fellow colleague, at the office – and proceeded to repeatedly thrust his crotch into my backside.”

In 2010, Borel went to her union in an attempt to end the pattern of sexual harassment. She says the union representative and her executive producer did nothing. When she was finally called into a meeting with executive producer Arif Noorani, he told her “Ghomeshi was the way he was, and that [she] had to figure out how to cope with that.”

Borel’s allegations fly in the face of all previous statements by the CBC, which vehemently deny any previous knowledge of Ghomeshi’s unpalatable behaviour, and the call the corporation’s ethics into question.

Now, Borel is campaigning for “real accountability, and real introspection” by her previous employer. As of yet, not one CBC manager or executive who was complicit in creating, or maintaining, an unhealthy and abusing work environment has apologized, let alone lost their job.

What do you think? Should CBC apologize for their actions, or lack thereof?