More than half of professionals are not happy with their available career progression options and 92% of them would leave their jobs because of a lack of opportunities, according to research. 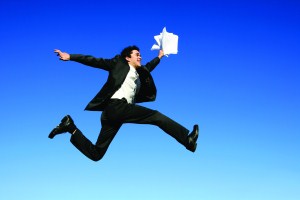 Wan
t to hold on to staff? Offer them career progression opportunities.

According to a survey by specialist recruitment consultancy Robert Walters, 58% of professionals felt the career opportunities available to them were inadequate and 92% were either likely or very likely to leave their jobs due to that lack of progression.

When asked what kind of progression they wanted, secondments to other departments or regions was the most popular option, followed by training, study and work experience placements.

“Career progression is consistently ranked by employees as their number one priority, over and above remuneration,” said Robert Walters director Erica Lindberg.

“In order to retain staff and attract future talent, organizations may therefore need to evaluate their internal career training and development offerings. Is there a structure in place that employees aren’t taking advantage of due to a lack of internal communication, or is this a gap within the business that needs to be addressed?”

Lindberg said that employees would often stay in their roles rather than look elsewhere if they had the chance to increase their skill set.

Employers could offer opportunities like short courses, training in other departments, direct career paths within the business and access to internal positions overseas.

“We find that job seekers are asking questions about training and career progression and are measuring the offerings from various companies to decide which company to join,” she said.

Do you think your organization provides enough career progression options?