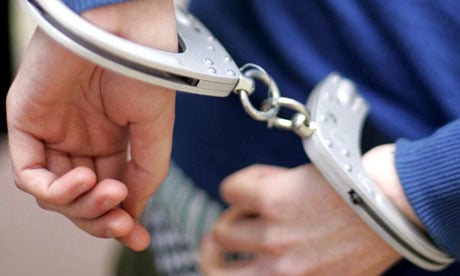 The independent HR consultant is alleged to have entered the apartment building under false pretences – masquerading as a City of Ottawa employee – and then forced his way into victim Ernest Côté’s home.

There, Bush is said to have placed a plastic back over the centenarian’s head before robbing him. Thankfully, Côté was able to free himself and call 911.

“I’m fine and in good shape,” Ernest Côté told the Ottawa Citizen on Friday. “My daughter and son are with me. I’m being taken care of.”

59-year-old Bush is accused of attempted murder, robbery with violence, forcible confinement, breaking and entering, and two counts of using a credit card obtained by crime.

Self-employed Bush runs a consulting firm, Bush and Associates Consulting, with his three adult children. “It’s a total shock to us,” said Brock Bush, his son. “It’s out of character.”

Brian Robinson, who previously worked with Bush at paper company Domtar, agreed; “I’ve known him for some time,” he said. “He’s not the type to do something like this.”

Bush’s lawyer, Geraldine Castle-Trudel, revealed he has no criminal record and said she will consider asking the court for a referral to a psychiatrist, due to the strange circumstances of the case.