Top-paid CEOs come out of the recession unscathed with paycheques rising at double the average rate. 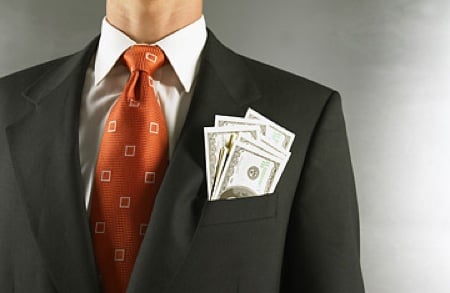 Cor
porate Canada has come a long way since the seven month recession of 2008 but it seems those at the top of the ladder have been climbing faster than most with Canadian CEOs cashing in particularly fast-growing paycheques.

A study by the Canadian Centre for Policy Alternatives found that, between 2008 and 2013, Canada’s highest paid CEOs saw their compensation climb at double the rate of the typical Canadian.

In contrast, the average Canadian income has climbed just 12 percent in the same time.

Hugh Mackenzie, the study’s author, says it just isn’t sustainable – “Sooner or later public concern about income inequality is going to start to matter politically and something will have to happen,” he says.

Political debate over Canada’s income gap is already a hot topic and this most recent revelation only serves to stoke the fire.

The last time compensation for the top 100 CEOs reached a similar height was in 2007 – the year before the recession – when it peaked at an average of $10 million.

“Given the fact that the stakes and the responsibilities of these corporate leaders really haven't changed that much, one has to look a little bit more closely at what it is that's driving the premium pay for these corporate decision-makers to be so much greater now than it was 15, 20, 25 years ago,'' Mackenzie said.