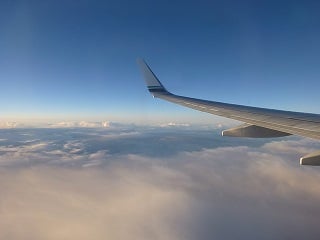 This year, Expedia’s annual Vacation Deprivation survey found that Canadians will receive an average of 17 vacation days but will only take 15.5 – the missing time off represents close to 10 million unused vacation days this year alone.

Since the survey’s 2003 inception, Canadians have collectively left more than 350 million vacation days on the table, resulting in an overwhelming $53 billion in wages handed back to employers.

While it might sound financially beneficial to have your employees leave a day or two on the table, HR has long known that the opposite is actually true.

Last year’s most talked about perk was unlimited paid vacation and employers increasingly provided holiday subsidiaries – so why isn’t it working?

"Over the years, we've noticed some recurring reasons as to why Canadians aren't taking full advantage of their allotted vacation time,” said stress and wellness expert Beverly Beuermann-King, who has been associated with the program since 2003.

“Commonly, it's because things such as looking after family and focusing on their careers have taken priority,” she added.

The survey revealed the most common reasons employees cite skipping vacation days: And Canadians are feeling the effects – more than half (52 per cent) said they are vacation deprived in comparison to 48 per cent who said the same last year.

The survey also revealed that more than one million Canadians have not taken a vacation in over 15 years and more than 1.4 million have never been on vacation in their lifetime.

“While investing in our jobs and families is important, so is investing in our physical and mental wellbeing,” said Beuermann-King. “In fact, taking time off for yourself can often result in improved relationships with others and greater productivity."

HR managers have long known the importance of encouraging a healthy work-life balance but it seems many simply aren’t doing enough.

Alison Green, of the prominent Ask a Manager HR blog, says there are four things every HR manager can do to make sure employees take time off.

Lead by example – “Your team will take cues from you,” says Green. “That means that you need to take vacations yourself, and not talk about how difficult it is to get away.”

Lighten the load – “Most of the time when people aren’t taking time off, it’s not because they don’t want to but because their workload is so high that they don’t know how to make it happen,” explains Green.

“Sit down with people and say, ‘I want to make sure we find a way for you to get time off this year. Let’s talk through what we can do to ensure that you’re able to take a real vacation some time this year.’ Then back that up with action: Find ways to cover their work while they’re gone, and be willing to push back deadlines or other obstacles that make it hard for them to ever get away.”

Active encouragement – “If someone has a slow period coming up, point it and out suggest it’s a good time to take some time off,” suggests Green. “If they haven’t taken time off in a while, point it out and ask what needs to happen for them to be able to get away.”

The right environment – “Create an environment that supports people in taking time away,” urges Green. “Treat time off as a normal and expected part of work life, not as a crisis or aberration.”

According to Green, that means staying well clear of saying things like ‘While you’re away, could you call in for just this one important conference call?’ or throwing last-minute work at anyone who’s just about to leave for a week or two.