Can crowdsourcing help your company?

One company swears by crowdsourcing as a way for organisations to broaden their horizons – could the technique work for you? 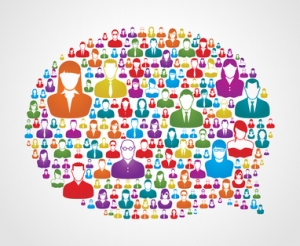 v style="text-align: right;">19/05/15
One company swears by crowdsourcing as a way for organisations to broaden their horizons – could the technique work for you?

Crowdsourcing offers multiple benefits to employers, providing aspects of outsourcing but with the elimination of associated issues, such as unforeseen costs, risks to client confidentiality and quality control.

At Croud Australia, the process is referred to as ‘croudsourcing’, and is a model that has proven its success by using a dedicated network of market expertise within specific sectors.

Third party workers are engaged to work on client accounts from home or offsite premises, and must have a minimum of three years’ experience in their chosen field to be accepted into a network.

Workers also have to undergo routine training and testing as a part of Croud’s in-house Knowledge Academy.

Headquartered in the UK, Croud now has a network of 250 ‘croudies’, which has been established in just four years – 30 of these are based in Australia.

Croudies liaise solely with the company’s internal team when it comes to finding work.

Crowdsourcing has been a technique used by employers for decades – many prominent companies have adopted it as a method of broadening their creative horizons.

Examples of successful crowdsourcing include:

More like this:
Apple reaches settlement after allegedly breaching non-compete agreement
How to address cancer in the workplace
The power of ‘if’: secrets to successful negotiation