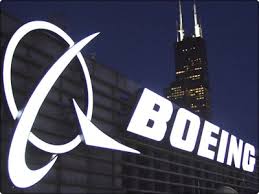 Following an announcement in February, Boeing Commercial Airplanes has made moves to cut around 4,000 jobs by June.

This decision was made by CEO, Ray Conner, at a senior leadership meeting and came in response to fierce competition from Airbus.

However, The Seattle Times alleges it has received an internal Boeing document saying that at least one internal department is due to experience a 10% reduction in headcount.

Sources told the paper that figure is almost what is expected to be cut overall, meaning that 8,000 out of the company’s 80,000-strong workforce will be affected.

When contacted by HRD, Boeing countered these claims.

“There is no target for employment reductions,” a spokesperson said. “We continue to follow our plan announced last month to make fundamental changes for the long-term to win in the market, fund our growth and operate as a healthy business.”

“The more we can control costs as a whole – the less impact there will be to employment.”

Total staff reductions through mid-year include hundreds of executives and managers, and are projected to total approximately 4,000 positions. None of these will involve involuntary layoffs, the spokesperson stressed.

“We’ve been able to reduce staffing levels through attrition, leaving open positions unfilled and voluntary layoffs,” he said. “We’ll only use involuntary layoffs as a last resort‎.”

Staff numbers have been on the decline since 2012 when Boeing employed 174,000 people around the world. At the start of 2016, just over 161,000 employees worked for the company globally.