Blonde HR professionals: The chosen ones? 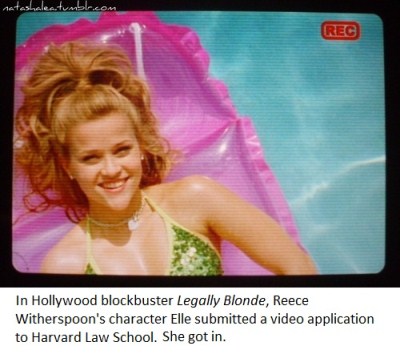 The
HR online community has been ignited after a salacious post on well-known blog suggested young blonde HR pros are being given senior roles by CEOs as they don’t have the experience to challenge them.

The post on Up the Down Escalator, by Richard Westney, head of HR Australasia for FNZ, was inspired by a conversation Westney had with Angela Atkins, Elephant Training & HR general manager. According to Westney, Atkins said “we have to get the business to want HR to deliver and know what to ask for. Too many CEOs still hire young blonde girls into HRM/HRD roles because they don’t have the experience to challenge them.”

While acknowledging it’s a provocative statement, Westney wrote it was “more than a grain of truth”

“I have seen a few junior colleagues over the years go off into sole charge roles, working for a CEO or CFO when they are still a little wet behind the ears and perhaps have only a year or two of experience,” he wrote.

Atkins, who contributed to the blog, wrote that she herself was a young blonde female appointed to an HR manager role that she wasn’t qualified for.  She believes she was hired because the “CEO didn’t want someone who would challenge him and wanted to pay half the salary the role was worth. I saw the other candidates’ applications. Most were men. All had 10 years+ HR experience on me”.

Atkins added that while they are great roles to learn from, but at what cost to the business?

Westney adds the debate is not about attacking the young, usually female HR practitioners that are appointed to roles that are not equipped to do, it is about “CEOs and other business leaders who want a nice compliant HR function that asks few questions, challenges few assumptions and just makes sure people get paid on time”.

The blog has struck a chord among HR professionals.  Amanda Sterling, who wrote her own blog post in response entitled, “Just because I’m young, blonde and quiet doesn’t mean I’m stupid”,  posted that the generalization of blondes made her mad, and it discredits those “who have a brain”.

“CEOs want to hire the young, inexperienced who don’t challenge. Well they also don’t take seriously those who are young, blonde, intelligent and do challenge,” she wrote.

“Can I introduce another angle to this too? You don’t have to be loud and out there to be assertive. It seems like a curve ball but ‘young, blonde, nice’ seems to equal ‘inexperienced, dumb, pushover’. What about considering individual differences, strengths and their contribution to productivity?” she added.

David D’Souza added that he didn’t think it was fair to assert CEOs want to hire young people who won’t challenge. Instead he suggests they want to hire people that make them feel successful - “being in charge of beautiful young people really helps them feel like a success”. He explores this take more in his own blog in a post called "Sexy women of HR – post implementation review."

Another reader commented that the issue wasn’t about gender and that it goes back to the issue of HR having to “fight for a seat at the table”.

Do you agree with the viewpoints expressed by Westney and Atkins? Let us know your thoughts below.