Big bank: the only ‘GAY-TM’ in the village

One big name bank has taken a bold approach in supporting its LGBT staff. Here’s how… 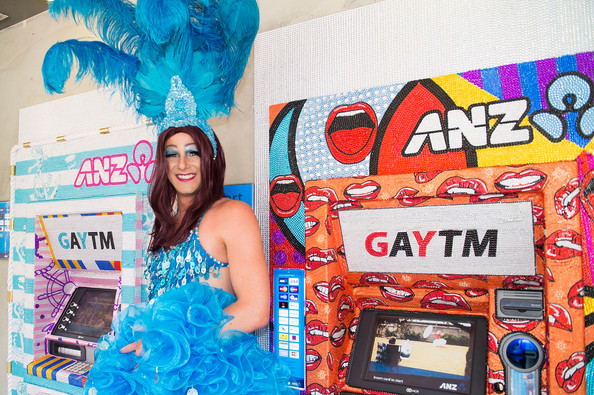 One
big-name bank in New Zealand has found a novel way to show support for its LGBT employees – with so-called GAY-TMs.

The vibrant ATMs have been specially commissioned to celebrate the ANZ’s partnership with Auckland’s Pride Festival and aim to publically express the bank’s stance on equality and diversity.

The customized cash machines, all adorned with multi-coloured rhinestones, were unveiled last week by the drag alter-egos of several ANZ employees.

ANZ computer programmer Conrad Johnston, who moonlighted as the fabulous 'LaQuisha St Redfern' said the campaign was a fun way to get a serious message across.

"I took my job at ANZ because I knew they were supportive," he said.

The installations come just two weeks after a national survey revealed a third of respondents would feel “uncomfortable” working with a member of the LGBT community.

It was also found that a third of LGBT workers had, at some point, been made to feel uncomfortable at work – something ANZ say they just won’t stand for.

And ANZ isn’t the only major bank to show public support for the LGBT community.

After Olympic swimming legend Ian Thorpe came out as gay, big name bank ASB added a specific diversity clause making it clear that sexuality, gender identity or ethnicity had no bearing on its sponsorship arrangements.

Chief executive Barbara Chapman said it needed to be explicitly put out there and challenged other corporate sponsors to follow suit.

ASB also sponsors the New Zealand Falcons gay rugby club, a decision which Chapman said had been supported by "99.9 per cent" of people she spoke with.