There are situations in which employers have to weigh the cost of going to court against the cost of a settlement. HRM looks at what to consider when offering a payment. 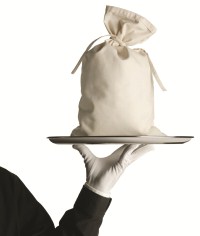 an style="line-height: 20.7999992370605px;">When workplace situations escalate into legal cases, going to court isn’t always the best option for employers. “The reality of a lot of litigation, whether in the employment context or elsewhere, is that parties to proceedings need to be mindful of a whole range of ramifications and implications of the matter going to court,” People+Culture Strategies managing principal Joydeep Hor told HRM. “There’s the cost of lawyers, but perhaps more importantly there’s downtime, opportunity costs within the organisation, issues around distractions for people and often, increasingly so in the employment context, there’s media scrutiny. It’s not surprising that a lot of employers or companies will say that, ‘As much as it sticks in our craw to have to pay anything for this, we just want to make it go away’.” Hor said that whether such a payment was described as commercial settlement, “go away” money “or sometimes it’s described a bit more colourfully than that”, it was something that a lot of employers would actively consider. In that situation, it was important for employers to be circumspect about several aspects. “One is that while these things are typically intended to be confidential settlements, it’s not unusual for people to find out. If you’re settling a claim with a former employee, they’re often in touch with former colleagues and it’s really hard to police. The employer will often not know who knows about the details of the settlement. “The people involved from the company’s point of view in deciding what the amount should be then become aware of it, obviously, but they may become a litigant against the company further down the track.” The second issue to consider was whether or not a point of principle was involved. “For example, if an employee has been dismissed for misconduct or engaging in inappropriate behaviour and the employee is seen to be rewarded for that through go away money, what does that say about the organisation from a culture and values point of view? There is the need for consideration of the consequences of these kinds of settlements.” - Joydeep will give a presentation on this topic at the Employment Law for HR Manager masterclass events held in Melbourne, Sydney and Brisbane. Click here for more information and to register. The super saver special will finish on 12 September. What do you consider to be the main issues around “go away” money?