Banking on a healthy work-life balance

Modern-day Wall Street wolves are pressured to work long hours and skip vacations, but some firms’ concerned HR departments are trying to reverse that trend 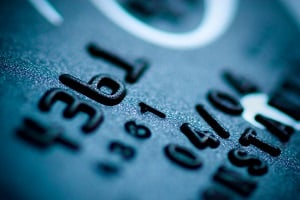 A c
ulture of 80-hour weeks and dog-eat-dog attitudes is not unusual for the corporations of Wall Street, but in the midst of that are some equally hard-working HR teams looking to ease the work-life balance of their employees.

Credit Suisse, Morgan Stanley, Citigroup, Goldman Sachs, JPMorgan Chase and Bank of America have all distributed internal memos requesting that junior bankers work a little less on weekends. Most of the banks have encouraged staff to have at least one weekend off a month, and Citigroup also emphasized that bankers were expected to use all of their vacation days.

Rather than a display of corporate kindness, observers have pointed out, the moves are more likely to be a response to the death of an epileptic intern after he worked three consecutive nights at Bank of America Merrill Lynch in London last year.

A 2012 Vault survey revealed the extent of work-life balance issues in the banking industry: While hours for bankers may not be changing in the near future, one investment bank is on a mission to change workplace culture, at least for its own employees. Los Angeles-based Houlihan Lokey is no household name, but it has ranked in the top five banks to work for on Vault for the past four years. The Blackstone Group, Goldman Sachs, and JPMorgan are the only banks in the US ranked above the firm in the survey, which considers quality of life, compensation, training and staff satisfaction.

John Gallagher, director of media relations at Houlihan Lokey, acknowledged that the industry wasn’t easygoing, but that there were ways to ensure that bankers didn’t burn out. “Make no mistake: our junior analysts get killed,” he said. “You do work hard, but there are ways to still maintain a culture that respects your work-life balance.”

Gallagher said a major factor that helped balance work and life was that face-time was not emphasized. For Houlihan Lokey, the tactic is part of a wider culture set by the executive team. “We really built a culture where we care about each other,” said Cynthia Bush, director of recruiting. “Even the largest office goes to lunch together once a month, and the smaller ones may go every day.”

Bush said the key to the success of her firm’s HR was their focus on building a culture that fosters career growth for individual staff members, encouraging each one to leave their legacy at the company. With about 900 staff on payroll at the moment, that may be a growing challenge as Houlihan Lokey expands over time.

Credit Suisse and Goldman Sachs declined to comment, and Morgan Stanley and Citigroup did not respond in time for publication.

You might also like:
How to manage employees when your company has an ethical scandal
Employee morale: a matter of playing cards right
Why every office needs a gossip