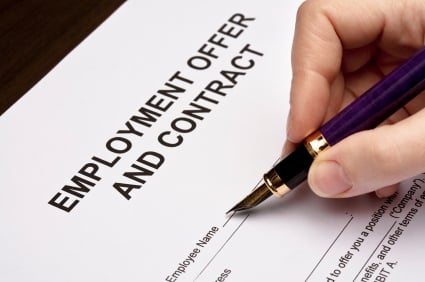 Emp
loyers are being warned about the dangers of disregarding important details when it comes to terminating fixed-term contracts after an Alberta Court of Appeal upheld a ruling in favour of an ex-employee.

Now, companies are being urged to include specific clauses in fixed-term contracts that would enable employers to alter pre-agreed working arrangements, during an employee’s notice period.

Geoffrey Thompson, former regional president with Cardel Homes Limited Partnership, was employed on a fixed-term basis with the company until 2011 when, one month before his contract was due to expire, he was informed that it would not be renewed.

At this point, Cardel Homes advised Thompson that he would not be required to attend work for the final month of the contract, although he would be paid until the end of term, and instructed Thompson to return all company property immediately, including his office keys and computer password.

However, the agreement that both Thompson and Cardel Homes entered into stipulated that if the employment was terminated without cause before the fixed-term had come to an end, the employee would be entitled to a lump-sum payment of 12 months’ salary.

While Cardel Homes argued it was simply fulfilling its obligation to give adequate written notice to its employee, Thompson argued that he was terminated without cause as he was prevented from entering the office and exercising his powers as an executive of the company.

When the Court of Appeal was asked to determine if the employment was terminated without cause or whether the fixed-term employment contract was simply not renewed, they withheld the previous ruling, in favour of Thompson.

It was found that the employer's actions had substantially altered the terms of the employee's contract and constituted a termination. Had Thompson agreed not to come into the office and surrendered the keys voluntarily, the outcome may have been different.

According to the Court of Appeal; “When there is evidence of a unilateral change in the terms of employment, the employer runs the risk of being found by a court to have terminated the employee without cause.’

Furthermore, “When no attempt is made by an employer to obtain an employee's consent to early termination of a fixed-term contract, the employer risks a finding of termination.”

The ruling forces employers to reconsider the way in which they handle fixed-term contracts that are coming to a close, should they wish to minimize legal risk and avoid financial losses.