The controversial screening process is becoming more popular in Canada – but can it be discriminatory or does it really help HR? 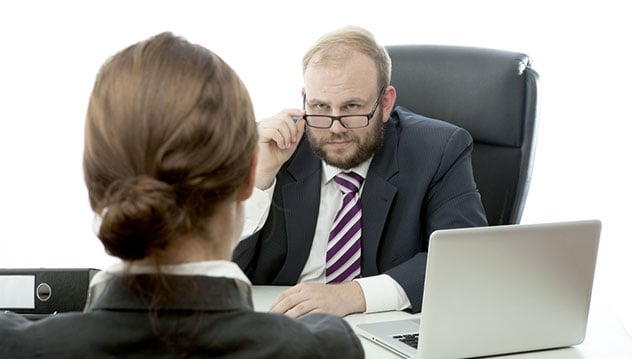 Whi
le the US is clamping down on candidate credit checks, the practice is becoming increasingly popular in Canada – but is it a form of discrimination or do they really help HR make better hiring decisions? HRM investigates.

Made popular by the financial industry, the use of credit checks to screen potential employees has now reached the mainstream – even the federal government recently introduced mandatory checks for all public servants – but employees, and unions, aren’t happy.

Representatives have criticised the policy as “an unnecessary invasion of privacy” and expressed concern that it could be used in an arbitrary way.

The federal government defended the decision and Treasury Board spokeswoman Lisa Murphy said; “This practice is common in certain private industries to indicate excessive indebtedness that may increase temptation to commit unethical acts.”

But does a history of debt point to a future of crime?

As one of the country’s leading credit-reporting agencies, TransUnion Canada vehemently supports the use of its data when determining a person’s employability – data which they say could save employers from making costly hiring mistakes.

“The top two red-flag warnings present in these crimes were instances where the individual was living beyond his or her financial means or experiencing financial difficulties,” O’Neal added.

But one Ontario jobseeker who recently had an offer rescinded by TD Insurance says he should not be labelled a thief just because of a poor credit report.

The anonymous jobseeker was offered a conditional insurance advisor position only to have it retracted weeks later when his unfavourable credit report was revealed.

After being out of work since August, he’s fallen behind on some bill payments, has approximately $14,000 in debt plus a mortgage and car loan – but being passed over because of his financial history is only going to create a catch-22 situation, says one expert.

“There’s a certain irony that the people who are most vulnerable and who most require access to jobs could be discriminated against because they have poor credit ratings,” said Murray Rowe Jr., president of credit advisory group, Forrest Green.

“I think it's important we understand that the ramifications of leveraging credit bureau data are quite profound,” he warned.

“They rejected me solely based on whatever my credit check came back as,” he said. “It just seems absurd to me. I have no criminal record, no history to suggest I am a bad person, just a credit score reflective of poor economic times. In my opinion, it seems like discrimination.”

It may feel unfair to him but, according to employment lawyer Daniel Chodos, until Ontario’s Human Rights Code explicitly protects discrimination on the basis of economic status, any legal claims from the jilted jobseeker would hold very little weight.

What do you think? Should HR take a candidates credit check into account or is it an unfair assessment of their character? Share your thoughts below.