Performance reviews are closer to being a thing of the past, as another corporate giant joins the growing list of companies determined to phase them out. 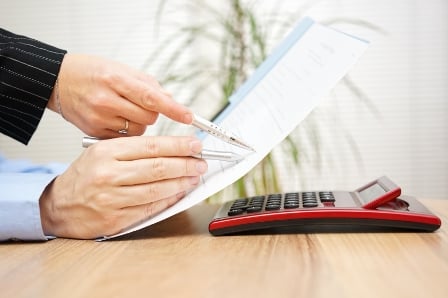 an style="line-height: 20.7999992370605px;">HR thought leader General Electric is joining the growing line of companies looking to make the traditional performance review a thing of the past.   Following names like Accenture, Adobe and Gap, GE is trading its annual performance reviews for more frequent conversations and feedback.   The Washington Post reports this will include an app to help managers and teammates share feedback and the phasing out of performance rankings.   Statistics from the Institute of Corporate Productivity show that about 10% of Fortune 500 companies have already canned an annual ratings system.   However, GE’s move is being seen as a bellwether for corporate America, given that it was one of the most avid adopters of annual ratings in the past.   The company has in the past assigned rankings annually to employees based on performance, and aggressively cut poor performers from its flock.   Corporate Executive Board HR practice leader Brian Kropp told The Washington Post GE’s move would reverberate more than Deloitte or Accenture.   “If a company like GE were to make the transition, that would really be powerful,” he said.   In fact, it could dramatically escalate the number of companies looking to end annual ratings, according to Corporate Productivity’s Cliff Stevenson.   "The snowball has started rolling. I would not be surprised to see next year when we do the large survey again that it may jump into the twenties,” he said.   Technology is being given as one reason for the trend, as younger workers demand more instantaneous feedback on their ongoing performance.   The pace of change means annual goals may no longer be relevant by the next quarter, with companies now paying more regular bonuses.   GE HR executive Athena Kaviris told The Washington Post the company was ensuring that any feedback given wasn’t ‘old news’ by that time.   Also, companies have realized performance reviews are sapping managerial time and costing money, as managers are now responsible for more direct reports.   Embracing new performance technology and analytics is expected to enhance the amount of information available to HR, create more targeted programs for developing staff, and eliminate elements of managerial review bias.