Air Canada pilots are posting sexually explicit images in the workplace and it’s pointing to a bigger problem, says one female employee. 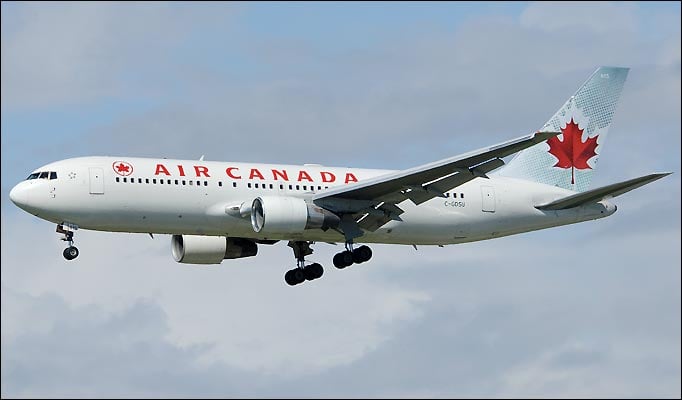 Ear
lier this year, news broke that Air Canada had issued a company-wide memo instructing their pilots to stop taking pornographic material into the cockpit. Shock, amusement and outrage ensued but one female pilot is saying the problem is much worse than first reported and it’s pointing to an even bigger issue.

The anonymous aviator spoke to the CBC to defend her co-worker (who was branded a ‘thin-skinned trouble-maker” by online critics), to challenge claims that the material was nothing more than “inappropriate business cards from Las Vegas,” and to bring attention to the fact that sexism in the workplace is still a very real problem.

Disparity in the workplace may be on the decline but high-profile incidents like this attract the attention needed to make it disappear altogether. According to the Center for American progress, approximately 30 per cent of women have faced discrimination in the workplace.

But with inappropriate offers aside, CBC’s source rightly says that there is no place for pornography in the workplace and female pilots are well within their rights to be offended. Further reports indicate that Air Canada has been battling the issue for years and sources suggest that explicit images depicting violence have also been found in flight decks.

"It's not the pornography itself that I think distresses female pilots.  It's that implied misogyny, where their mere presence in the flight deck is something that's less respectful than the presence of a man," she added. The pilot also said that some pilots would use such explicit material to convey a message that female pilots were not welcome.

Just 150 of Air Canada’s 3,000 commercial pilots are women and with such a significant gender imbalance, HR will need to enforce a strict, no-tolerance policy if they hope to keep sexism out of the company’s culture.
Let us know if you’ve experienced something similar…