According to a survey by Direct Health Solutions, employees are taking almost ten sick days per year 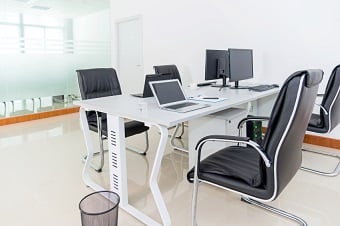 According to a survey by Direct Health Solutions, employees in Australia are taking almost ten sick days per year.

This is costing organisations around the country AUD$3,230 (USD $2,286) per employee, and a record AUD$33bn (USD$23bn) in payroll costs and lost productivity.

But Australia isn’t the only national workforce with a high rate of absences.

PwC reported that in the UK, workers took 9.1 days of unscheduled absence over the past year.

Canadian employees took 9.1 days, up from 8 days in the previous year.

In Asia, the average number was a comparatively miniscule 2.2 days, while in New Zealand, workers took just 4.5 days.

In Australia, the high rate of absenteeism led to 88 million working days being lost to the national economy. This came at a cost of $33 billion in sick leave costs and lost productivity.

The cost to British businesses was even higher: they are losing £32 billion per annum – that’s the equivalent of almost USD$48bn. In the US, it’s estimated that the direct cost of total paid time off as a percentage of payroll stands at 8.1 per cent.

Studies say that on average, co-workers are 29.5 per cent less productive when covering for unplanned absence days.

An overwhelming 90 per cent of respondents to one survey indicated that unplanned absences added to the workload.

Sixty-one per cent of those respondents said that this increased stress, while almost half said it hurt workplace morale.

Two in five said that covering for others reduced the quality of their work.

In the past, experts have suggested using the following methods:

A quarter of organisations fail to keep absenteeism statistics, while 75 per cent don’t have information on the cost of it to their business, data has shown.

2. Use the Bradford Factor:

This is a formula that measures the number of incidences of absence and the duration of those absences to compute an ‘absence score’ for each employee. This also indicates whether the overall absenteeism rate is caused by some employees suffering from long term ill-health or by a number of employees being frequently absent for short periods.

3. Interview employees on their return to work
This can be an effective method of managing short term absences. It could be used as a forum to discuss possible preventative solutions.