A staffing agency angered this employee…read his hilarious response 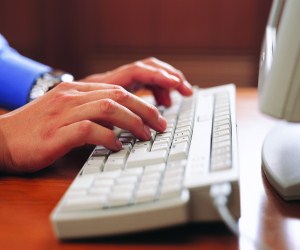 Any
HR professional would have encountered their fair share of disgruntled employees; it’s the nature of the business. But fake job openings?

That’s what legal staffing agency Hire Counsel had to deal with last month when a contract attorney posted his opinion in a satirical Craigslist posting under the company’s name. The post invited applicants to a document reviewer position, and went on to list the details:
“We are currently seeking licensed attorneys for upcoming projects that will likely never materialize.
– Have no spine because you will be working in substandard conditions;
– Place little value on your skills because you will not receive a fair wage;
– Be willing to work at the whim of the client, including on holidays, with all OT to be paid at a flat rate;
– Consider Flavia, donuts, bagels, and pizza fringe benefits;
– Submit to an extensive and worthwhile conflicts check and body cavity search because we understand that you possess top secret company information from past clients, and we know that you remember all of it;
– Have previously worked on or applied to Richmond projects that pay $21/hr-$25/hr; and
– Lack the self-esteem to tell agencies that you won’t work for below market rate.”
And the posting started running out of wit after that. Toward the end, it stumbles toward relevancy by pointing out prima facie legitimate complaints about wages. It seems much of the employee’s anger was fueled by his $22/hour wage, which is notable since Costco workers make $26/hour even if they have no education and a criminal background.
“Thanks for being stupid, unmotivated LOSERS who don’t mind me – and my firm, HireCounsel – making money hand over fist while we pay you THE SAME WAGE A BURGER KING MANAGER WITH NO G.E.D. MAKES!”
The ad has since been removed, but not before online commentators picked it up and slammed the firm for their wages.

You might also like:
Man fired for urinating in cup claims discrimination
Fired employee locks herself, mother in office
Unsuccessful applicant sentenced after mailing cat feces to employers