Apparently there are still supervisors who don’t consider the weight of the EEOC – and one will be coughing up $300,000 for outrageous age discrimination 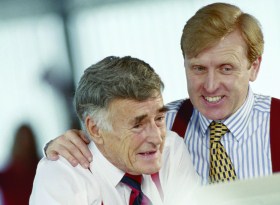 The
Equal Employment Opportunity Commission has cracked down on an insurance broker that neglected complaints about age discrimination within its New York offices.

Last week, PJP Health Agency settled for a $300,000 penalty after three administrative staff members made complaints about offensive comments their supervisors had directed at them. According to the EEOC, the staff members were told to “get it together you f**king old people”, while women were told “you need to wear more makeup because of your wrinkles”, and one was referred to as an “old f**k”.

Though the company was aware of the issue, no corrective action was taken. Instead, a 45-year-old woman who complained was terminated three days later, and two men aged 57 and 61 were also let go.

After conciliation offered no results in 2013, the EEOC pursued the organization in court, and that case only closed up last week. In 2011, then-commissioner Stuart Ishimaru vowed to increase EEOC vigilance on age discrimination claims, citing an aging workforce and higher unemployment risks as factors that raised alarm bells on the issue.

Nearly 70% of age discrimination claims at the EEOC are dismissed as having no reasonable cause, but the risk is nevertheless high for employers. In the 2013 financial year, monetary benefits organizations had to pay as a result of EEOC age discrimination claims were higher than ever. Not including litigation penalties, employers paid $97.9million, which is 7% higher than 2012 and more than double the figure obtained just a decade ago in 2003.