One management professor says too many HR professionals don’t know how to deliver negative feedback. Here’s how to do it the right way. 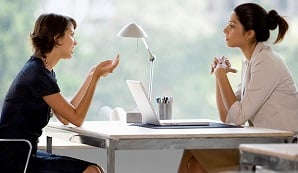 It
may be part and parcel of working in HR but the majority of us still dread delivering negative feedback – now, one management professor has some helpful advice for anyone looking to find a better way to break bad news.

“In an ideal world, a subordinate would accept corrective feedback with an open mind,” says Jean-François Manzoni, Professor of Management Practice at INSEAD. “He or she would ask a few clarifying questions, promise to work on the issues discussed, and show signs of improvement over time.”

It goes without saying – things don’t always turn out this way.

According to Manzoni, one of the most common reasons giving negative feedback seems difficult or why the recipient becomes defensive is because of the way managers choose to frame a situation.

“Whenever we face a decision or situation, we frame it, consciously or not,’ says Manzoni. “Managers tend to frame difficult situations and decisions in a way that is narrow, he explained.

Example: Workers are unhappy because their supervisor, Jack, is reluctant to delegate during a big project – they say he is too controlling and feel they’re not being the given the opportunity to develop.

It’s easy to frame the situation as you first heard it but widening the lens and being prepared to hear alternative explanations is essential.

Manzoni says when managers go into a meeting with a narrow mind – Jack is controlling – the outcome is likely to be confrontational. But when managers go into a meeting willing to hear a broader perspective – Jack needs help learning how to how to hand off responsibility or Jack’s workers are skilled but can’t meet deadlines – then the conversation becomes much less hostile.

“Consider alternative explanations for behaviours you’ve witnessed rather than leaping to hasty conclusions that only serve to paint you and your subordinates into a corner,” advises Manzoni.

This way, employees won’t feel like they’re under attack, they will have the opportunity to share their own opinion instead of immediately launching into defence mode and both parties are more likely to actually learn something from the exchange.

“After they’ve had a few bad experiences delivering narrowly framed feedback, managers tend to fall back on the conventional wisdom that it’s better to soften bad news with some good,” says Manzoni – but this carries its own risks.

Example: Lisa has been very successful as a team leader so she was recently added to a senior task force but she remains very quiet in meetings and rarely contributes. You’re concerned that she’s not managing both workloads and would like her to step down from the senior task force so her successful team doesn’t begin to suffer.

Too often, when managers try to soften some bad news but in fact they barely break it at all.

Manzoni urges employers not to ask softened, leading questions like; “Do you think you’re managing both workloads? or “Do you feel like you’d prefer to step away from the senior task force?”

Whichever way your employee answers – the outcome is unlikely to be constructive.

If Lisa doesn’t take the cue and refuses to go along with your suggestions, she’ll be left with added stress because she’s detected you’re satisfied with her work but she’s not entirely sure why.

On the other hand, if Lisa agrees to step down, you can never be sure of if she genuinely feels that way. She may have been learning a lot from the meetings and developing over time.

To add to that, a learning opportunity has been missed in both circumstances.