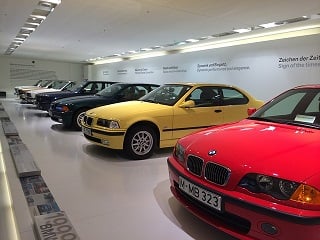 Bac
kground checks may be a useful recruitment tool but forcing them upon current employees could easily land a company in hot water, as bosses at BMW recently found out.

After hiring new contractors to handle logistics at its Spartanburg, SC. facility, BMW instructed the contractor to perform criminal background checks on new applicants applying for logistics positions – no surprise there.

However, the luxury car manufacturer took “risk-management” a little too far – requiring the contractor to also test all current logistics employees who re-applied to keep their current positions, regardless of their past performance.

At the time, BMW’s strict hiring guidelines prohibited employment to anyone with convictions in a certain category of crime, regardless of how long ago the offense was committed.

As a result, 100 incumbent workers were denied re-employment – some of whom had been with the company for several years.

The Equal Employment Opportunity Commission (EEOC) claims that BMW’s actions were illegal because they had a disproportionate impact on one group of workers – insisting 80% of those affected were African-American.

Unsurprisingly, the EEOC was right.

The Civil Rights Act stipulates that when a background screening disproportionately affects one group of employees (i.e., African-Americans, Latinos etc.), and there’s no business necessity tied to the screening, it’s illegal.

Since the current employees’ performance had previously been no cause for alarm, BMW couldn’t argue that the screening was a business necessity.

In reaction, the EEOC sued on behalf of the African-American workers who lost their jobs.

BMW has taken steps to avoid litigation at all costs – the organization has since changed its guidelines, loosening rules on previous convictions and has agreed to pay $1.6 million and provide job opportunities to the victims of the alleged racial discrimination.

Not only that, but the company has also agreed to offer employment opportunities to up to 90 African-American applicants who were denied employment as a result of the previous conviction guidelines.