What fruit best describes you? The most bizarre interview questions revealed

Can you name all of Snow White’s seven dwarves? How would you sell a magical pen? A survey of strange interview questions asked by Australian employers has turned up some pearlers 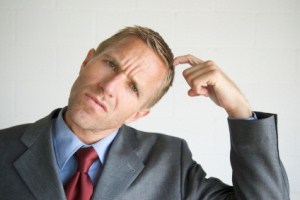 Com
panies like Google have a reputation for asking unusual brain-teaser questions in job interviews and it looks like some Australian employers are jumping on the weird question bandwagon.

The online jobs platform OneShift surveyed job seekers to find out the strangest questions they’d been asked in job interviews and the top 20 is an impressive list.

Candidates have been asked everything from what they would expect to see written on their gravestone to what icecream flavor they’d be.

OneShift founder and CEO Gen George said in most cases, employers used odd questions to work out whether the candidate could think quickly.

“They’re looking to get a feel for analytical thinking skills, how you respond under pressure and what your general view of the world is,” he said.

The 20 most bizarre interview questions asked by Aussie employers: