For the first time ever in the US, college athletes are demanding to be unionized. Football players at Northwestern University have taken formal steps to begin being recognized as employees. 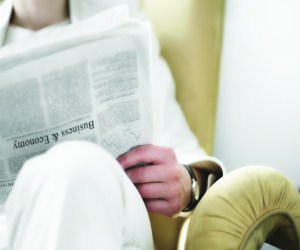 rong>College football players demand union
For the first time ever in the US, college athletes are demanding to be unionized. Football players at Northwestern University have taken formal steps to begin being recognized as employees. Quarterback Kain Colter said the players’ main gripe is with the NCAA, not Northwestern, but both organizations have responded by saying they did not consider student athletes were employees by any definition of the National Labor Relations Act.

Temporary staff to replace traditional volunteers at Super Bowl
In response to a class action suit against Major League Baseball, the New York-New Jersey Super Bowl Host Committee has opted to play it safe and use paid temporary staff to facilitate Sunday’s big game. Previously, it was expected that 20,000 volunteers would donate their time for the opportunity to be present at the game, but that number has been whittled down to 9,000. The remainder of the work will be down by 1,500 paid staffers.

Airlines in New York, New Jersey directed to increase wages
Airlines with employees paid at or near minimum wage at Kennedy and LaGuardia airports have been ordered to give their workers a pay raise. The Port Authority, a New Jersey-New York agency which manages the region, wrote to Delta, JetBlue, United and American Airlines demanding that workers making $9 or less receive an immediate $1 an hour increase. He also asked for improved benefits packages for contractors involved in the renovation of LaGuardia airport.