The lighter side: Gawker’s expletive-laden reaction to star employee’s resignation

It’s always disappointing when a key worker decides to leave. Just ensure you have an exit strategy if you don’t want supervisors to handle resignations like this 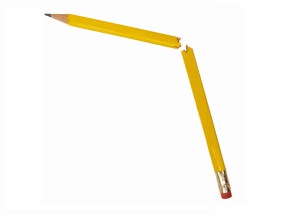 Whe
n blog-oriented media company Gawker received a resignation letter from its strongest content producer, one Neetzan Zimmerman, editor John Cook sent a memo to all other content producers that was somewhat lacking in subtlety.

You can’t fault Cook for honesty. Zimmerman’s articles were indeed gathering more traffic than the site’s two dozen other writers combined. And of course, the memo could have been worse, since Cook was positive about Zimmerman’s tenure with the company, commenting that he had been “tireless, obsessive, and successful beyond measure.”

But you have to wonder if the company’s other employees felt valued or empowered by Cook’s assertion that the site was “f***ed” without Zimmerman.

At least the memo was less provocative than this leaving note, which has gone done in history as one of the more memorable resignation letters:
March 27, 1990
To my friends at Carsey-Werner Company, ABC, to the cast, crew and staff of "Roseanne":
My sincere and heartfelt thanks to all of you.
I have chosen not to return to the show next season. Instead, my wife and I have decided to share a vacation in the relative peace and quiet of Beirut.
JEFF HARRIS, Executive Producer
You might also like:
Crazy interview answers that worked
The lighter side: World's worst cover letter?