Lighter side: Your future employees may be made of metal

Wouldn’t it be nice to be able to program employees to perform their daily tasks without any problems? That possibility may be closer than you think 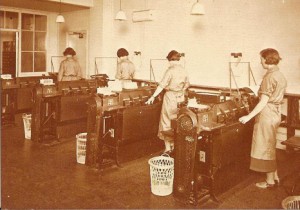 Rob
ots in the workplace seem like an idea that belongs in Hollywood films, but they may be rolling their way into your office in the not too distant future.

UK company G4S has employed a robotic security guard named Bob for its Gloucestershire headquarters, according to The Daily Mail.

The workplace-cruising droid looks for anything out of place and reports back to his human counterparts.

He can speak to colleagues and ask for help when he gets stuck, and can even plug himself in to  a power supply to charge his battery.

The robot is part of a pilot project by the University of Birmingham to get robots into offices around the world.

But how will HR deal with these workplace automatons?

Performance reviews will certainly be easier – a data printout will likely be able to tell you exactly how well your droid is doing and there will be no chance of them reacting emotionally to criticism.

You’ll only have to deal with broken parts, not broken hearts, and you’ll never end up with a crying robot on your hands needing time off, unless technology advances a long way.

Employee engagement will also be a cinch. According to an NBC News article, the perks of robot employees include the fact that they make fewer mistakes than humans and they don’t get bored.

You’re not going to catch them spending all day on Facebook or taking extra-long lunch breaks.

And forget about employee wellness programs – the only service you’d need would be a technician on hand to provide tune-ups and repairs.

There’s still the chance of human employees feeling harassed by their robot counterparts, particularly if the robots are designed to monitor behaviour, but fixing the situation would probably be as easy as pushing a few buttons or having the robot monitor a different area.

Or if you want a robot that understands how people feel, you could employ the Japanese robot named Pepper which is designed to read human emotions, using cloud-based artificial intelligence to study gestures, expressions and speech tones.

Pepper has no legs, but it does have gesticulating hands.

What do you think would be the pros and cons of robotic workers?