Lighter side: The pitfalls of office romances

Finding love in the workplace can sound sweet, but these horror stories will have HR trembling 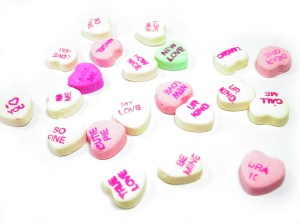 Mor
e than half of North Americans would date a coworker, according to a Ranstad survey, but they might think twice after they hear these horror stories.

Originally collected by Inc.com, these workplace romance disasters undoubtedly had serious consequences for the individuals, organisations and, of course, the HR manager.

Here are two of the best stories:

50/50
The owners of the company I worked for were married and each owned half of the business. Not 51/49, but 50/50. The wife walked into his office one day and told him she wanted a divorce. (I sat at the desk right outside of his office so I heard everything.) First he begged, then he cried, then he started yelling – ugly.
Two weeks later he starts dating a sales rep – openly. He figures his wife wants a divorce, so what does she care. Well, she does care. So she fires the sales rep. He hires her back. She fires her again. He doesn't hire her back because now he's dating a woman in accounting. So I guess her getting fired worked out for him after all.
Then the wife starts dating some guy who works in the warehouse. Somehow that guy gets promoted a week after they start dating. Then she dumps him. At least he got to keep his promotion.
What had been a pretty good company was a disaster.
They eventually got a divorce but they both kept equal ownership shares and still work there. I don't, though.

Roll the Videotape
Years ago the company I worked for decided to install security cameras in various parts of the facility. Some were for security reasons, like at entrance doors, but others were supposed to cut down on employee theft. Seemed a little Big Brother-ish, but it was hard to complain since the only reason you can get upset is if you get caught doing something you shouldn't be doing, right?
The company installs the cameras over a weekend when people are off. On Monday they come in to demo the system. Me, the CEO, the controller, and a few other managers are sitting in the conference room watching the tech scroll through different views from different cameras.
We sat there kind of bored until we got a view of one of the supply rooms. Two employees were getting intimate. Because of the camera angle we could see his face but not hers.
"Is that...?" someone said.
"Yep," someone answered. "That's the HR manager."
"Who's the woman?" someone else asked. "I don't recognise her but she looks kinda hot."
The CEO, who was the most buttoned-down, formal, by-the-book person I ever met, shocked us all when he said, "She is kinda hot."
We stared at him. "Well, I should know," he said. "I think that's my wife."
The HR manager was fired but oddly enough the CEO's wife kept her job.

See the full posting here and share your worst office romance tales of woe in the comments below.