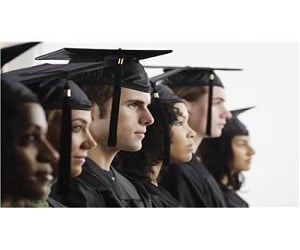 Gla
ssdoor compiled the top-rated companies according to how they were ranked by former interns themselves, and naturally, Facebook and Google came out on top. Technology and finance dominate the list with their hefty salaries and quirky perks, but even the more conservative employers can learn something from these HR departments.

However, the programs are not without controversy. Even Facebook’s own Sheryl Sandberg was swept up in accusations of hypocrisy after a staff member at her nonprofit organization Lean In publicly advertised for an unpaid intern. It’s no surprise that one of the best-rated overall workplaces in the nation also came out on top for interns. Extensive company perks boosted its popularity, although some interns bemoaned long hours. But most significantly, the average Facebook intern is paid $6,056 per month: the second-highest intern salary in technology. Perhaps it’s unfair on everyone else that the sovereignty of the web had a Hollywood film released about its own internship program last year, but whatever the case, interns’ high expectations have not been let down. Notably, out of the top 25 companies, Google’s interview process was rated the most difficult. Here, interns receive an average $5,678 a month, and housing, transportation and food is covered. Out of 40,000 applicants a year, Google accepts 1,500. The wireless technology company hires more than 800 interns each year, paying them an average $4,560 a month. However, what’s most impressive is that about 60% of them become full-time employees after graduation. The oil technology firm made it to the world’s top 50 most attractive employers: not bad for a company that specializes in a product nearly as loathed as tobacco. Epic by name and epic by nature, interns at this software specialist appreciate its free food, philanthropic giving, and whimsically decorated offices. Interns Inside: the latest statistics available show that more than 10,000 students apply annually for 1,500 positions at the company, which is no wonder given that they receive $4,749 a month on average. The company aims for at least 50% of college graduate hires to have been previous interns. Apart from the employee perks that have become standard in technology, Microsoft seems to be the only company promoting an in-house theatre troupe, allowing employees and interns to raise money for charity through acting. So far, the group has performed 16 full-length productions, raising more than $50,000. Oh, and interns here are paid the third-highest amount in technology: an average $5,936 a month. It’s tough when you’re not in technology: at number eight, Bloomberg is the top non-tech focused employer on this list. The company boasts that it has no private offices and gives interns access to senior leadership, and it seems to be working so far. The company is famously secretive about its culture, but what we do know is that there is free food and an in-house gym facility. Plus, interns are paid on average $4,914 a month. Young engineers are lured to the oil industry with money, and a lot of it: $30 an hour, to be exact. The company hires about 700 interns each summer, and its program was listed in BusinessWeek’s top 20 best internships in 2009. The health and personal care company has a huge focus on diversity, having won several awards for their efforts. But there aren’t many internships to go around, with the international company only offering about 250 paid internships each year. The Fortune 500 company has no shortage of money to offer interns, but some have published online reviews lamenting the lack of access to senior staff. Financial internships are a hard slog, but it appears HR at this bank has managed to keep students happy despite the workload. At least they’re doing better than Bank of America, where an intern died after three straight days on the job. However, unlike other major investment banks, Morgan Stanley’s chief executive has publicly stated that interns and junior staff should not have fixed days off, in part because they “get very well paid”. Not everyone likes Marissa Mayer, but at least her interns are on her side. But you would be too if you were getting paid $5,191 per month. The bank appears to have bounced back from controversy two years ago after a former employee released Why I Left Goldman Sachs, a best-selling book whose contents are self-explanatory. If the author Greg Smith’s account is to be believed, internships at the bank used to be comparable to a cruel initiation: his fellow interns in 2000 were allegedly offered regular public humiliation and menial tasks. Not only do interns receive an average $4,008 a month, but they also get health coverage, paid relocation and holiday pay. The company claims more than 70% of interns receive job offers after completing their program, and that’s after receiving an average salary of nearly $4,000 a month. Internships at the internet specialist last up to 18 months, allowing students a fuller experience than most. The company also boasts of its diversity, and is known to promote its practice of hiring interns with physical disabilities. All of the interns at this communications technology company are paid, but other perks include tickets to professional hockey and baseball games, bowling, and other community events. For years now, Deloitte’s internship programs have been considered top of the range: it also landed in Vault’s top 10 internships in 2011. This bank not only offers internships, but also a program it calls “pre-internships” to introduce younger students and teenagers to the investment bank. Last year, Forbes named GE the seventh best place to intern, and spreads the word by running a competition each year encouraging interns to make positive videos about their internship experience. The Detroit-based mortgage lender has to work hard to retain staff, and its efforts seem to have paid off, as it also rose to number five in this year’s FORTUNE 100 Best Companies to Work For. As an industry, fashion is notorious for unhappy employees and interns, which makes Nordstrom even more outstanding. The company receives about 900 applicants to its program each year. The only surprise here is that the company isn’t further up the list, especially with an average intern salary of $5,366 a month.