Take me to your leader: Australia’s struggle to identify leadership 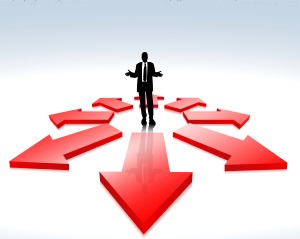 Australians are struggling to identify strong business leaders, placing them below sporting and political figures, a study from Change2020 has revealed.

More than 600 professionals were surveyed, and asked to identify a “great Australian leader”. Twelve per cent were unable to nominate anyone, with only 2% mentioning a business leader (Dick Smith).

The majority of those surveyed named politicians, including prime ministers. John Howard gained the majority at 19%, followed by Bob Hawke, Julia Gillard and Kevin Rudd.

The overwhelming majority named males – with 96% of men and 89% of women choosing them as strong leaders.

More crucial to the business world was that more than a third of respondents stated they did not have faith in their boss as a good leader.

Although the semantics of leadership being more closely associated with politics may be a reason for the results, other factors are also at play.

“Leadership is not even part of the conversation in Australia and we do not celebrate our strong business leaders,” Vicki Daniel, co-director of Change2020, said. “Ask any American to name a leader and you will hear them name Gates, Jobs or Giuliani.”

According to Daniels, the short tenure of Australian CEOs places pressure on faster, smaller changes than more long-term plans, which prevents CEOs from establishing legacies of change and improvement.

Additionally, the strong Australian economy of the last few years has meant Australian CEOs haven’t had a chance to “prove their mettle”.

“Examples of great Australian leadership exist in all levels of an organisation and this talent should be sought out and fostered,” Daniel said. “Australia must place value on great business leaders that will lead us forward and sustain our global competitiveness.”